Charity of the Year: Stanbrook & Nicholson participate in Bookham 10k

As you’re probably well aware, Stanbrook & Nicholson’s Charity of the Year Campaign for 2014 is well underway. It’s our attempt to give something back to the community that fosters us and help a cause that is close to our hearts. This year it’s Rainbow Trust Children’s Charity, a fantastic organisation that helps critically ill children up and down the country by providing round-the-clock support. You can read about our campaign in more detail here. Suffice to say, it involves the team at Stanbrook & Nicholson raising lots of money by participating in a whole host of events. Last month Simon played Santa for the cause but last Sunday it was time for some of our other staff members to participate in Bookham’s annual 10k run.

The Bookham 10k run has been an annual event in the local area since 2005. It’s a marathon that’s well known to be tough, with plenty of hills and country trails along the way (as well as a fair amount of mud too!). Thankfully, beautiful views of the North Downs go some way to helping participants get through the test. This was certainly the case for our runners who did Stanbrook & Nicholson proud. Our Marketing & Communications Manager Luke put in a sterling performance, finishing in position 78 of 326 with a time of only 56 minutes. Parisa from the Admin Department also did a great job for the campaign, finishing among the top 5 female runners. Our Sales Director David and Estimator Dariush also did their part for the charity. They came in positions 235 and 236 with a time of just 1 hour 12 minutes. Finally, our Office Manager Jacqui participated in the 2.5k fun walk, rounding off a fantastic day of fundraising for our Charity of the Year campaign. Overall, the team raised £400 for the Rainbow Trust.

With our Charity of the Year campaign entering its second month, we have plenty more events lined up that promise to raise even more cash for critically ill children up and down the country. Stay tuned in the coming months for more information about our fundraising efforts! 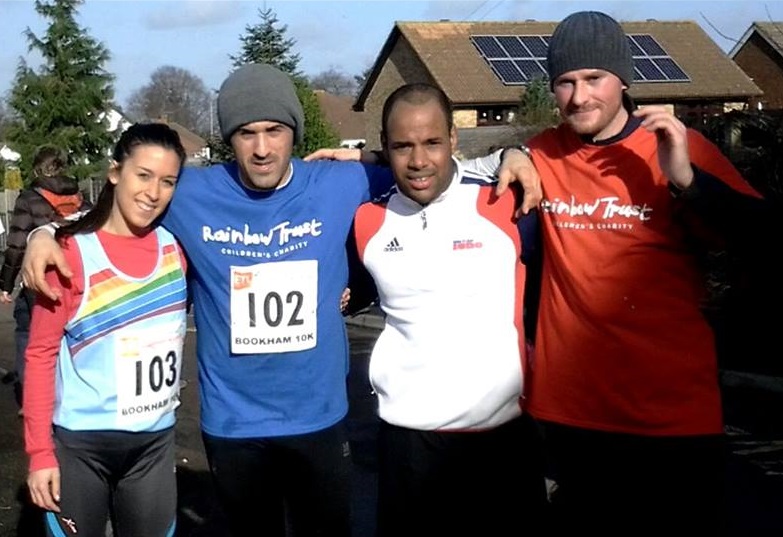